How do I recognise a good Stevia product?

Stevia is a plant from South America from which the sugar substitute of the same name can be obtained, which is now enjoying great popularity. This is because many people have now realised that there are healthier alternatives to traditional sugar that can sweeten coffee, desserts or life itself. For this reason, we give you a detailed overview of Stevia here. Is it really as good as claimed or is it a real health risk?

Therefore, everyone should seriously reconsider their sugar consumption and consider replacing sugar with healthier alternatives. It is often worth it, because coffee and other foods do not taste good only with the sweetness of industrially produced sugar!

Stevia is a plant with the botanical name "Stevia rebaudiana", it is also called "sweet, honey herb or sweet leaf". Originally, the Stevia plant comes from the rainforests of South America.

The indigenous people of Paraguay and Brazil have been using Stevia for thousands of years, and not just for sweetening. It is also believed that this herb was used for medicinal purposes, e.g., for problems with diabetes and obesity.

Today, Stevia is grown all over the world, wherever climatic conditions allow. Stevia is grown not only in Brazil and Paraguay, but also in China, Kenya, the USA and also in Europe.

Stevia is not called "sweet herb" for nothing. The so-called steviol glycosides are responsible for the sweetness of the plant: these are the polyvalent sugar alcohols present in the leaves. Due to their chemical properties, they bind to the receptors in our mouth that transmit "sweetness" signals.

Stevia was first approved as a sweetener in Japan in the 1970s. In 2008, Australia, New Zealand and the USA followed, and in 2011, the European Food Safety Authority (EFSA) approved it in Europe at 4 mg per kilogram of body weight.

Advantages and disadvantages of the natural sweetener Stevia

Stevia sweetener has many users and is becoming more and more popular, but not everyone likes Stevia. There are also a few critical voices. Is it really a sustainable and healthy sugar substitute? What are the advantages and disadvantages of Stevia?

Even in nature, there are no miracle cures without disadvantages. Stevia sweeteners can also have disadvantages, but these are mostly due to the quality of the extracts used.

Stevia can have the following disadvantages:

In conclusion, it can be said that Stevia has both advantages and disadvantages. However, the disadvantages of the sweetener are mainly related to the product quality as well as the subjective perception.

How to recognise a good Stevia product and sweetener

Stevia is found in a variety of products, e.g., beer, fruit juices, yoghurt, jams, sauces, chocolate and sweets. As a consumer, it is difficult to judge the quality of the Stevia used in processed finished products.

If you want to buy pure Stevia extract as a sweetener, this is of course easier. You can recognise the quality of a good Stevia product by the following characteristics:

Purity is a decisive factor with Stevia. It should contain at least 95% steviol glycosides. Rebaudioside-A has the best taste properties. However, you should make sure that the content is at least 60% to 98%.

There are very few natural sweetener-sweeteners without known long-term damage. Stevia is one of them, which is made from the plant of the same name. The Stevia plant originally comes from South America.

Stevia is sold as a sweetener in liquid, powder and tablet form. However, Stevia is also contained in various ready-made products such as jam, ketchup, sweets, chocolate or cola. Like other sweeteners, Stevia has a unique taste.

If you want to use Stevia for sweetening, you should make sure that the Stevia product is of high quality. You can tell by the purity; the minimum content of steviol glycosides should be at least 95%.

High-quality Stevia products use so-called rebaudioside-A from 60% to 98%. These have the best taste and are not bitter when dosed correctly.

The Stevia products currently available on the market sometimes differ enormously in quality. This is decisive for the taste and effect of the sweetener.

You should therefore look carefully when buying Stevia products. The rule of quality over quantity should have priority in your purchase decision. 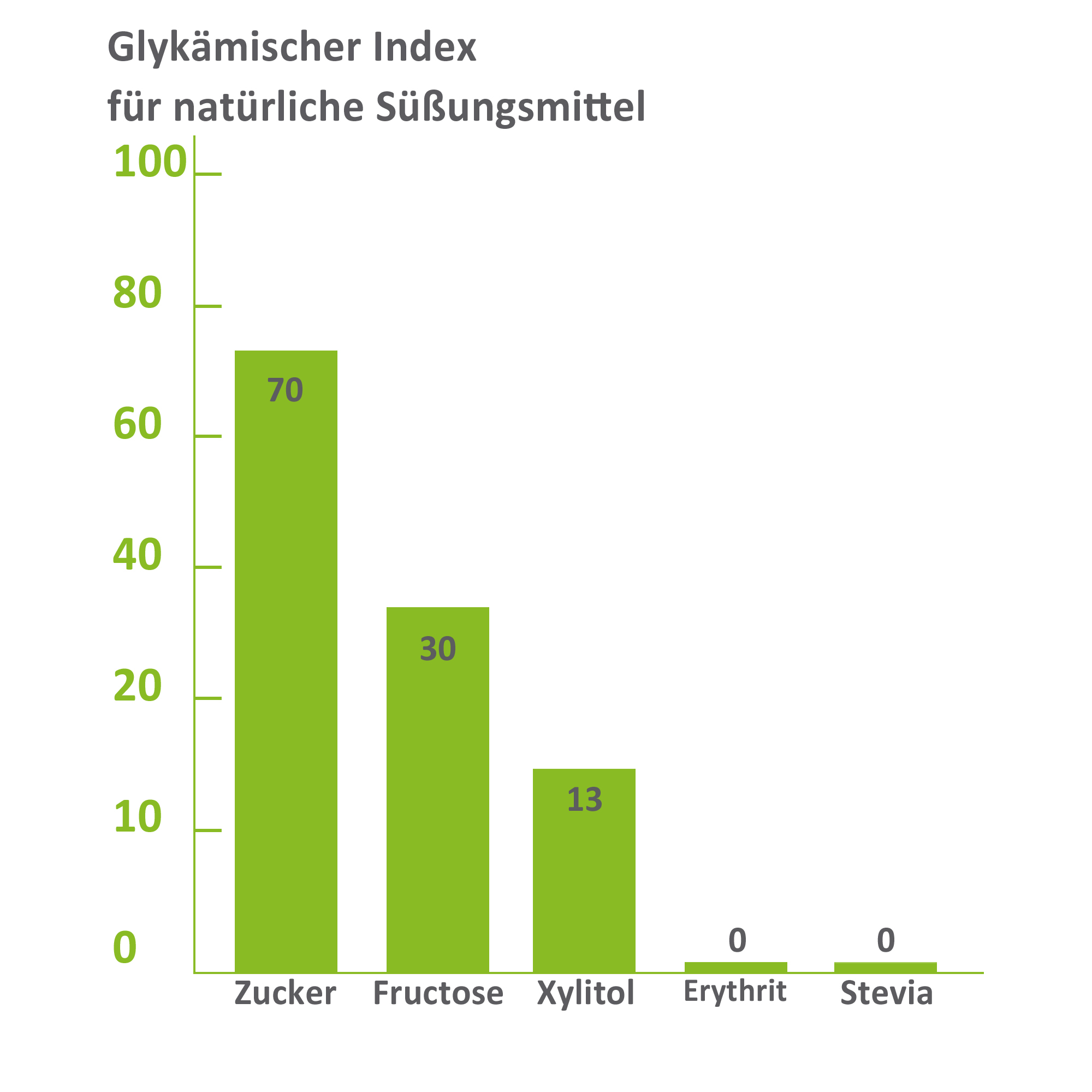 The fewer additives the Stevia products contain, the higher the quality.

If you want to save calories, avoid the powder form of Stevia from the supermarket. They often come with maltodextrin or sucralose to make dosing easier. Dosing is easier with Stevia sweetener tablets and Stevia liquid sweetener. The pure Stevia powder (Stevia extract without additives) offers a very good price-performance ratio due to its high sweetening power and yield.

Easy dosage of Stevia tablets for drinks. Stevia is up to 450 times sweeter than household sugar! To avoid an overdose of the sweetener, Stevia tablets require so-called carriers. For this reason, Stevia in tablet form is very suitable and practical for on the go.

An unpleasant taste occurs either when the dosage is too high or when low-quality Stevia raw materials are used. 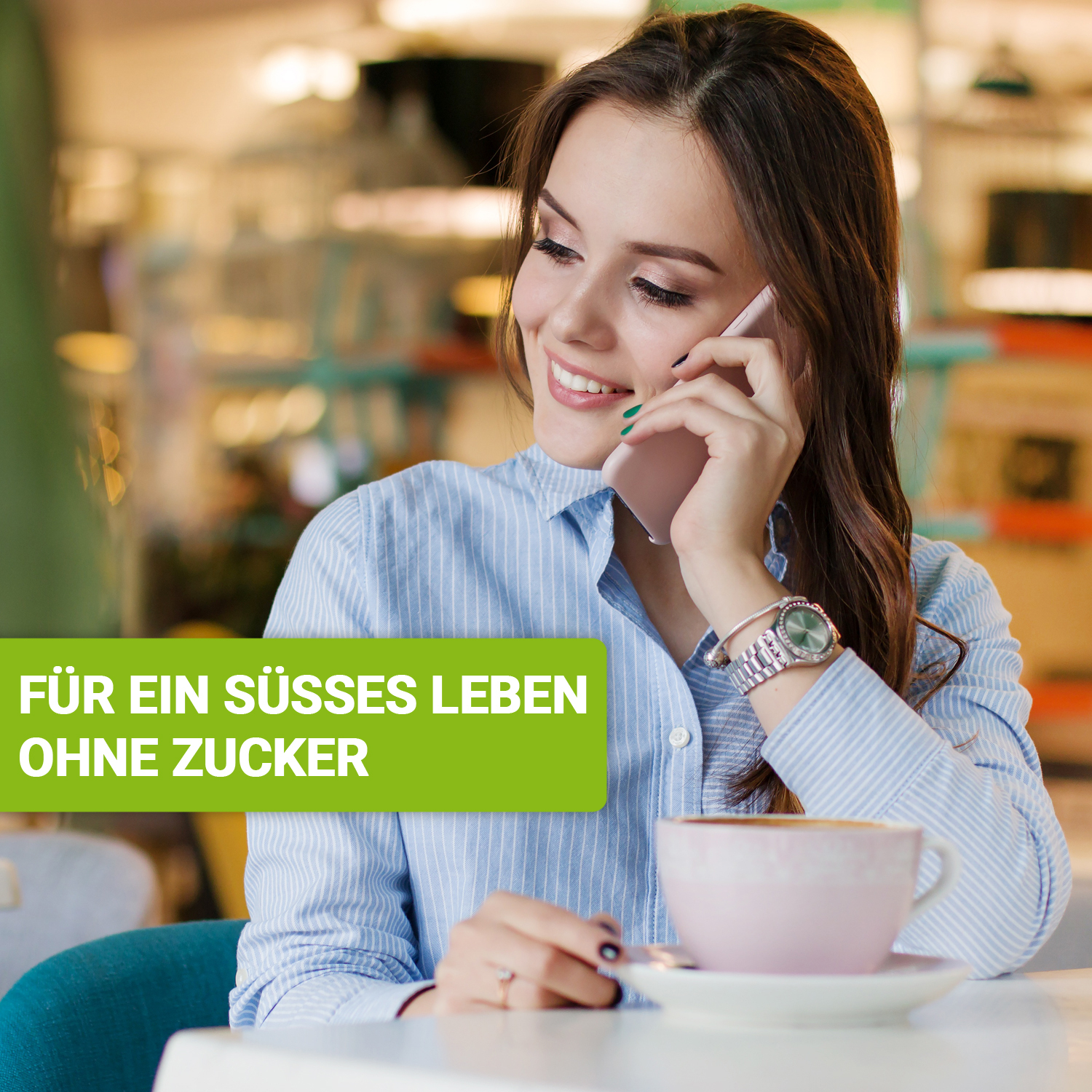 Which sweetener is best for coffee?

If you are now wondering which sugar substitute for coffee can replace the sugar in coffee, you will encounter thousands of different opinions. However, experience has shown that there are only a few sweeteners that really go well with the different flavours of coffee.

These include, above all, the sugar substitutes erythritol and Stevia. However, everyone has to decide for themselves what they really like and what tastes less good. Another important question is whether, in the end, only the taste should count or whether you want to do without calories completely.

Did you know that coffee itself contains almost no calories, as long as you pay attention to a few basic things when drinking coffee?

Stevia has become very popular as a sugar substitute for coffee. This is definitely welcome as it is a 100% natural sugar substitute. So, let's take a closer look at this natural sweetener alternative to white table sugar.

Stevia as a sweetener for coffee

Unlike many other sweeteners, Stevia evokes a pleasant sweet taste in coffee. The majority of coffee drinkers want to sweeten their coffee at least a little. However, if you want this sweetening to be healthier, it is better to avoid household sugar and use a better alternative such as Stevia.

Stevia is one of the most popular and also healthiest sugar substitutes among the various sweeteners and sugar substitutes available. Consumed in moderation, it has a pleasant sweet taste. It stabilises blood sugar levels and does not cause cravings.

Honey is another good sugar substitute. It has been used in many ways for thousands of years. Unfortunately, honey does not taste very good in coffee. In daily life, honey is a good substitute for sugar. For example, in baking, muesli or desserts. To ensure sustainability as well as health, the same applies to honey as to all other products: quality before quantity! 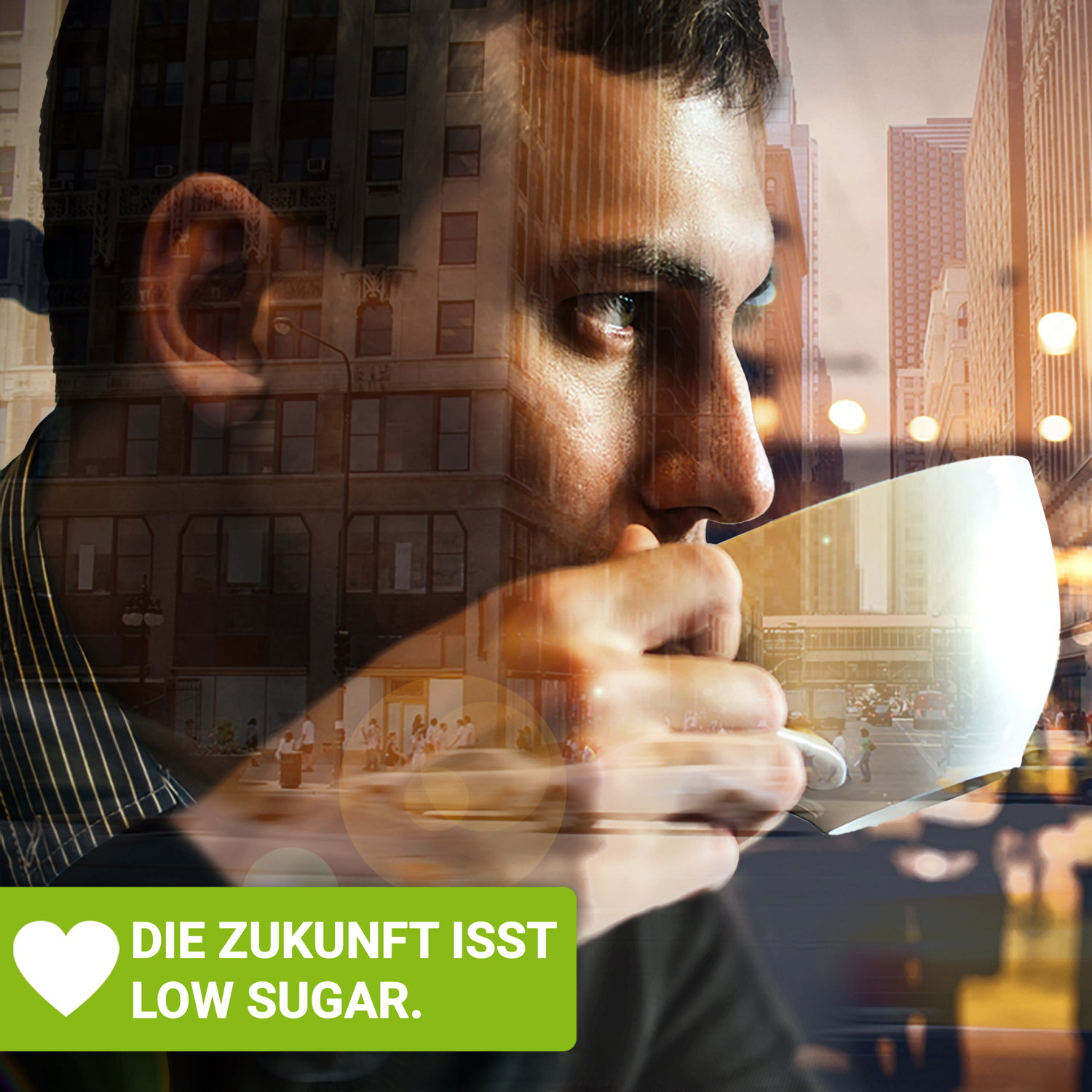 When buying, pay attention to the list of ingredients! Many Stevia tablets are offered with fillers such as lactose, dextrose, sorbitol and additionally with flavours. Vanilla flavouring is often used to mask the low quality of the Stevia extract.

Product claims such as 97% made with Stevia are fundamentally false. Stevia tablets require additives for tabletting such as fillers: to enable compression of the mass. Also, binders to control the strength of the tablet, disintegrants to help tablets dissolve quickly.

Stevia sweetener tablets come in a convenient dispenser. The dispenser can be refilled with Stevia refills in an environmentally conscious and cost-effective way.

The tablets are ideal for sweetening hot and cold drinks. The proven tablet form allows for easy dosing, so you can always sweeten your drinks exactly to your taste.

Universal use of Stevia liquid sweetener

Stevia in liquid form is much more versatile. For sweetening yoghurt, muesli, desserts and smoothies, the sweetener from the bottle is very easy to dose. But here, too, you should look at the back of products from the supermarket.

Often fructose, sucralose, dextrose or other chemical sweeteners are added to liquid sweeteners. The list of ingredients on the label will tell you!

As with most products, sustainability also applies to Stevia: unfortunately, this is often difficult for consumers to recognise. The cheaper a mass-produced product is, the more likely it is that it is not a sustainable product.

Organic or fair-trade labels are indicators of organic cultivation and fair trade for Stevia leaves. We are familiar with these for coffee and tea, but also for Stevia. Basically, the following applies to pure Stevia extracts: No organic approval in the EU except for Stevia leaves.