Doctors refer to obesity as severe overweight. There are different causes and the secondary diseases are also numerous and varied. Even children can suffer from the resulting diseases. About 25% of the population has a BMI over 30 and is therefore considered obese.

The term "obesity" comes from the Latin and is often translated as "fatness" or "obesity". A synonym of this is the word obesities. The term refers to morbid, severe overweight. Obesity is measured, albeit roughly, with the help of the so-called body mass index (BMI). The more severe the overweight, the higher the risk of obesity-related disease.

The number of obese people in Germany is high. Almost a quarter of the population is severely overweight. Obesity is often also called obesity. Obesity is not considered a disease by some people and doctors, but rather an indication of an unhealthy lifestyle. However, obesity is a disease with many different causes. The World Health Organisation (WHO) declares that a person is obese if the body mass index (BMI) is greater than 30 kg/m2. Nevertheless, the BMI is only a guideline.

The BMI is calculated by dividing the body weight in kg by the body height in m2. The BMI can be used to determine the degree of obesity. The German Obesity Society, for example, offers a BMI calculator online. 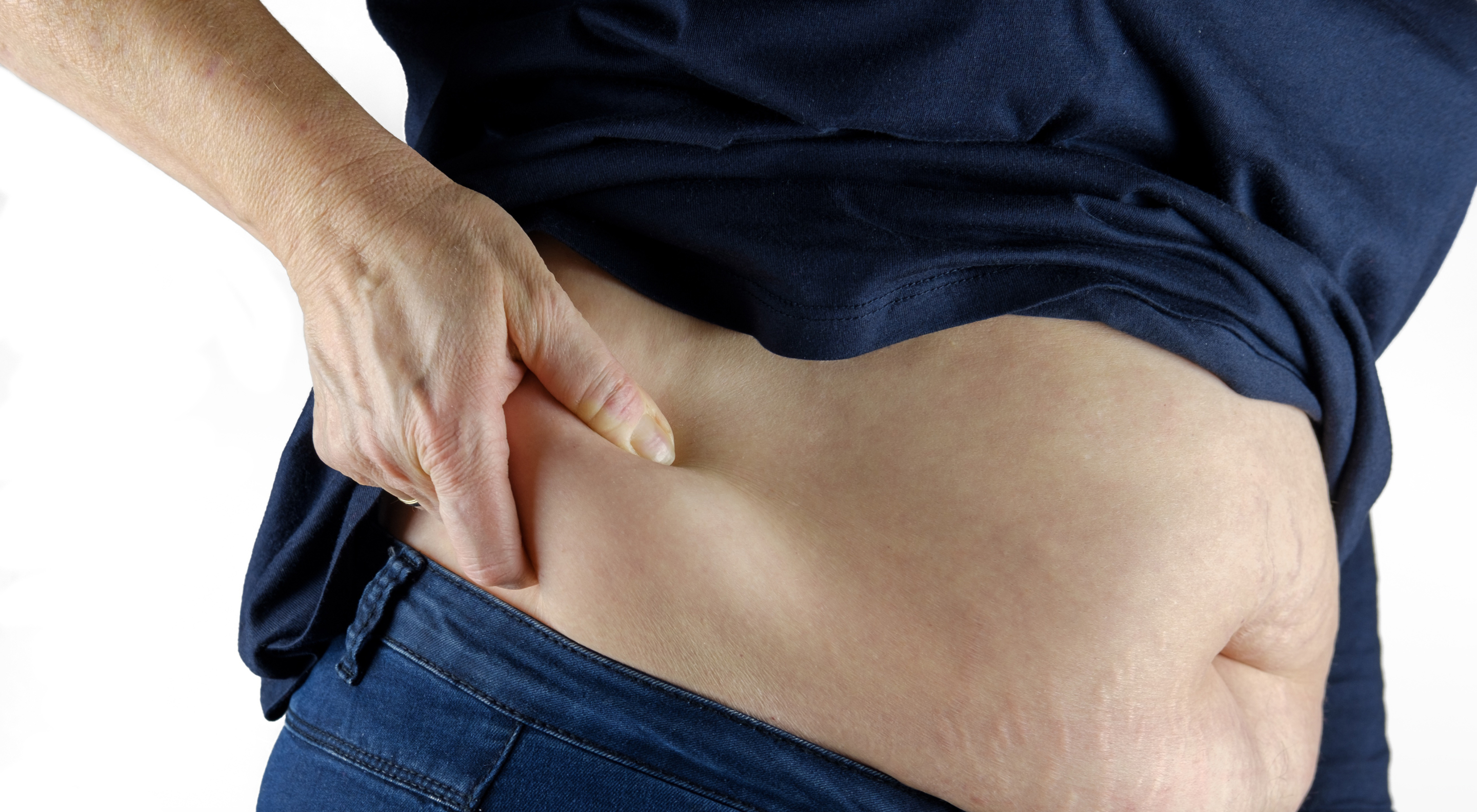 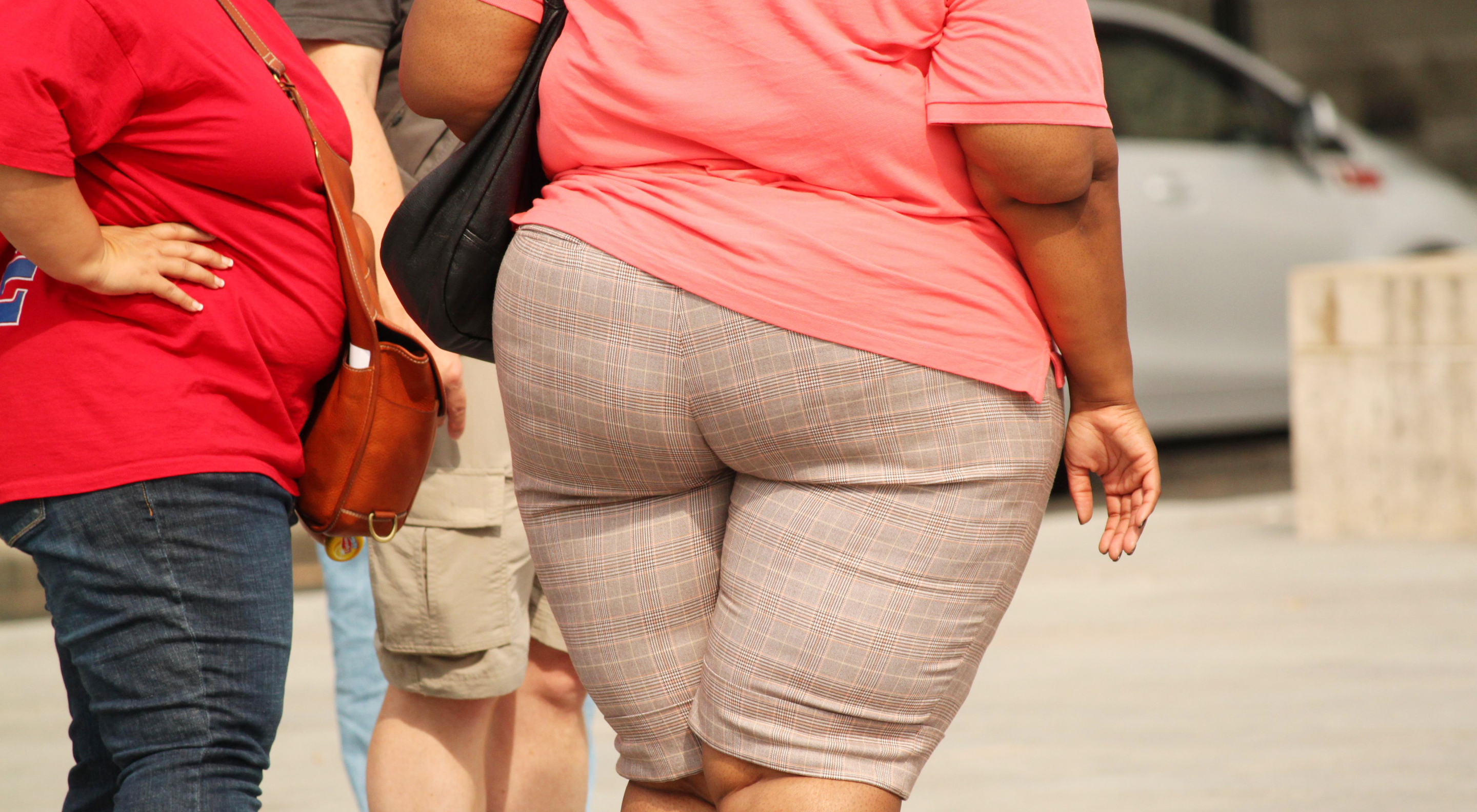 This is how the body mass index and the corresponding degree of obesity are determined:

There are a number of secondary diseases associated with obesity. These

diabetes and cardiovascular diseases. The distribution of fat on the body is the main factor that determines the risk of developing one of these secondary diseases.  A distinction is made here between the "pear type", which is less at risk and is characterised by fat deposits on the buttocks and legs, and the "apple type", which is obesity that emphasises the abdomen.

Another method commonly used by experts to determine obesity is the calculation of the waist-to-hip ratio. This involves dividing the measured abdominal circumference by the corresponding hip circumference. The calculated value should be less than 0.85 for women and less than 1.0 for men. Whether there is an increased risk of the disease is often also determined by the ratio of abdominal circumference and body height (waist-to-height ratio). Here, age is the most important factor. For people under 40, a value of less than 0.5 is not a problem.

The limit for people between 40 and 50 is 0.5 to 0.6. It should not be higher than 0.6 for people over 50. However, calculating this value alone is not a sufficient examination. For a definite diagnosis of the disease, further examinations should take place.

An increased BMI or overweight in itself is not necessarily a problem. In particular, people whose fat concentration is primarily limited to the thighs or buttocks and who have a large muscle mass are less at risk. Overall, however, the greater the waist circumference or BMI, the higher the risk of developing high blood pressure, lipometabolic diseases, arteriosclerosis or diabetes. One can therefore only speak of severe, pathological overweight when both the BMI and the value of the waist-to-hip ratio rise above the defined threshold values. Medical treatment is urgently recommended in the presence of one of the above-mentioned secondary diseases. 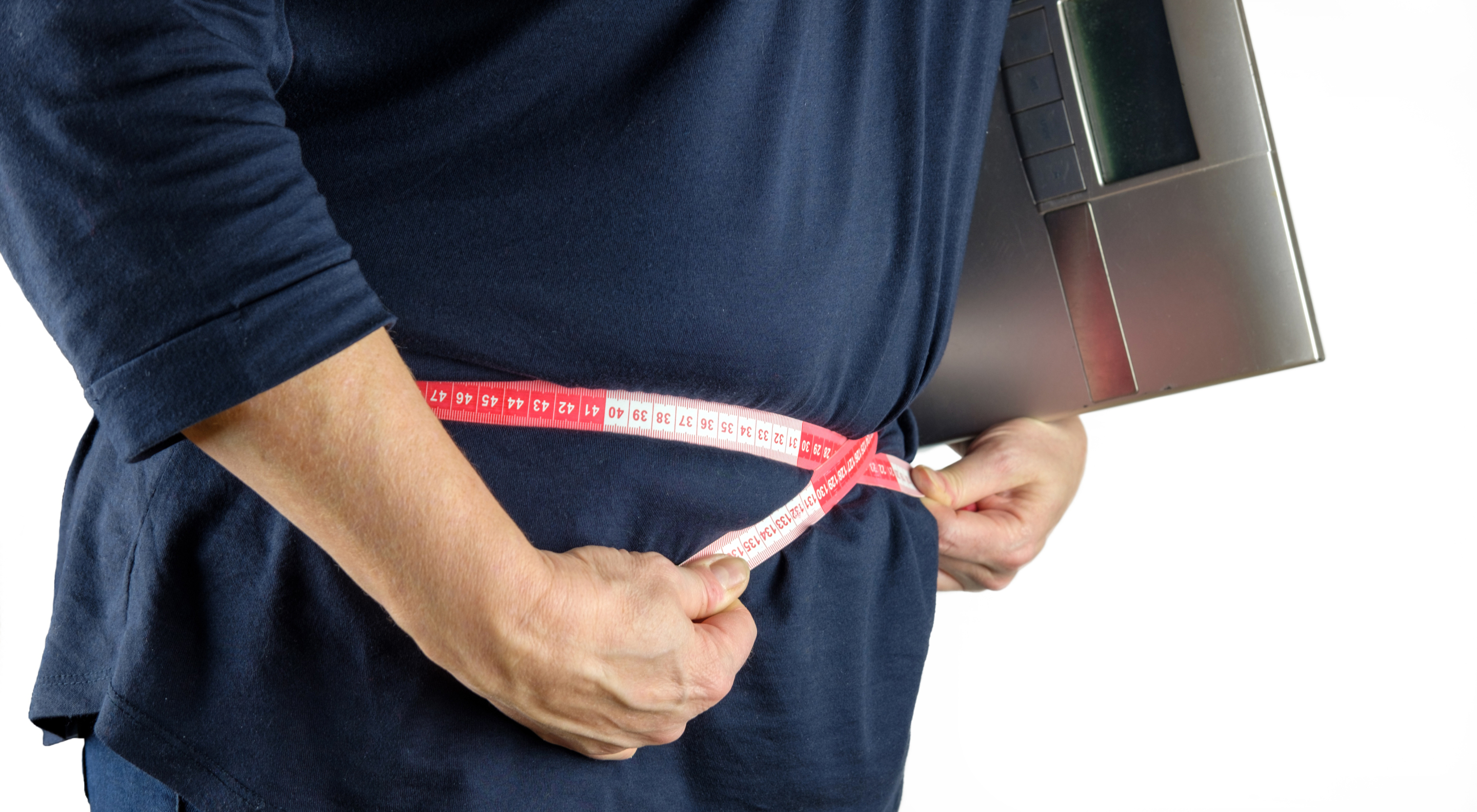 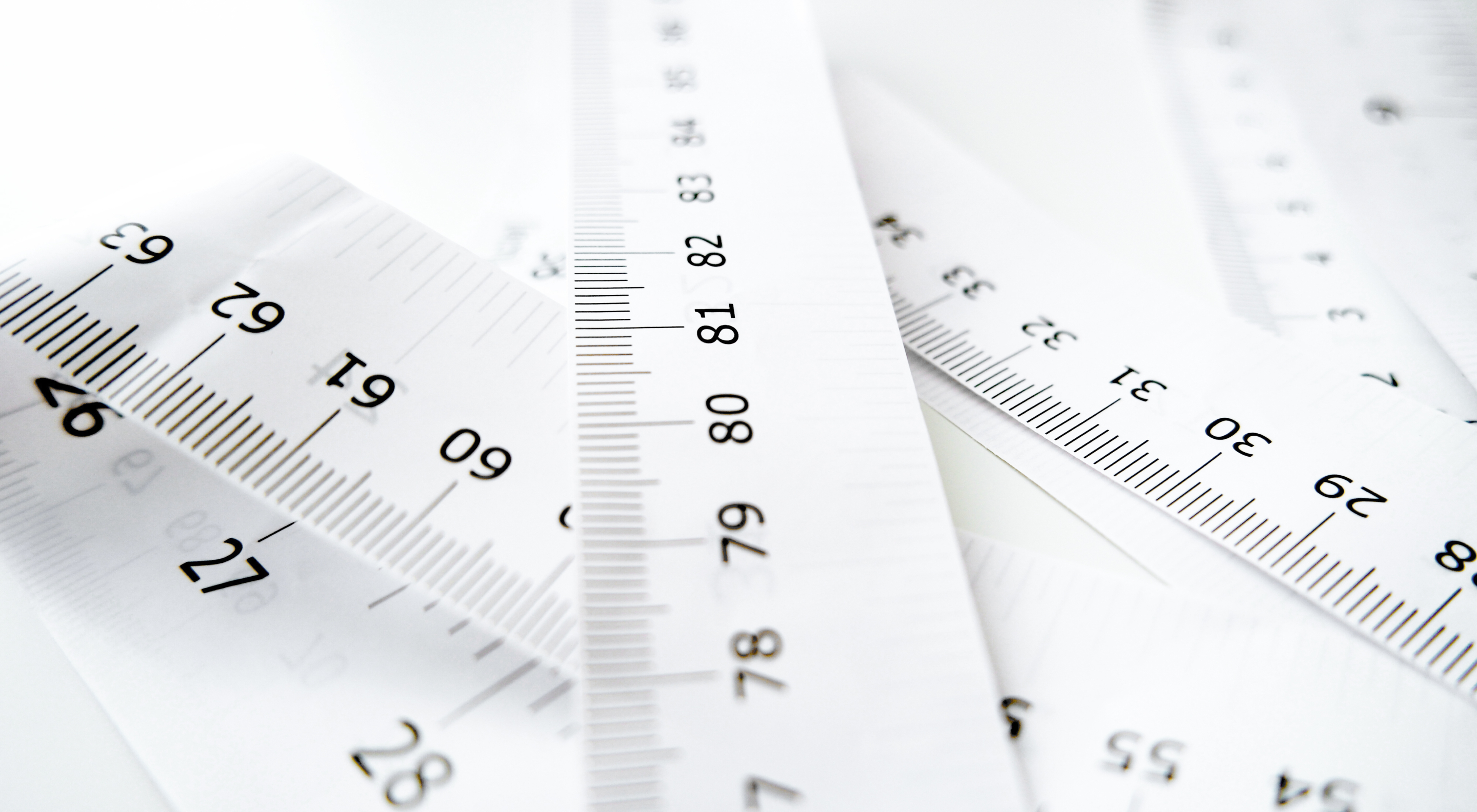 The causes of obesity

Obesity can have many different causes. Biological, genetic, psychological, social and neurobiological aspects as well as environmental conditions contribute to obesity.

Researchers increasingly attribute the enormous spread of obese people in industrialised countries to weight-promoting environmental conditions (obesogenic environment). This includes malnutrition, overeating and lack of exercise. The mindset that obese people are self-inflicted needs to be reconsidered because many elements promote obesity.

The body gets too much energy

On the surface, morbid obesity is very simple to explain; the body is given excess energy through food and, as a result of lack of exercise, it uses too little of it. The excess energy is stored in the form of fat in the fat cells.

Researchers generally agree on this, but it is not yet clear why some people eat beyond their needs and others can limit this appropriately to the body's requirements. Neurobiology, for example, offers various explanations for this. This means that obesity therapy must be individually adapted for each patient. 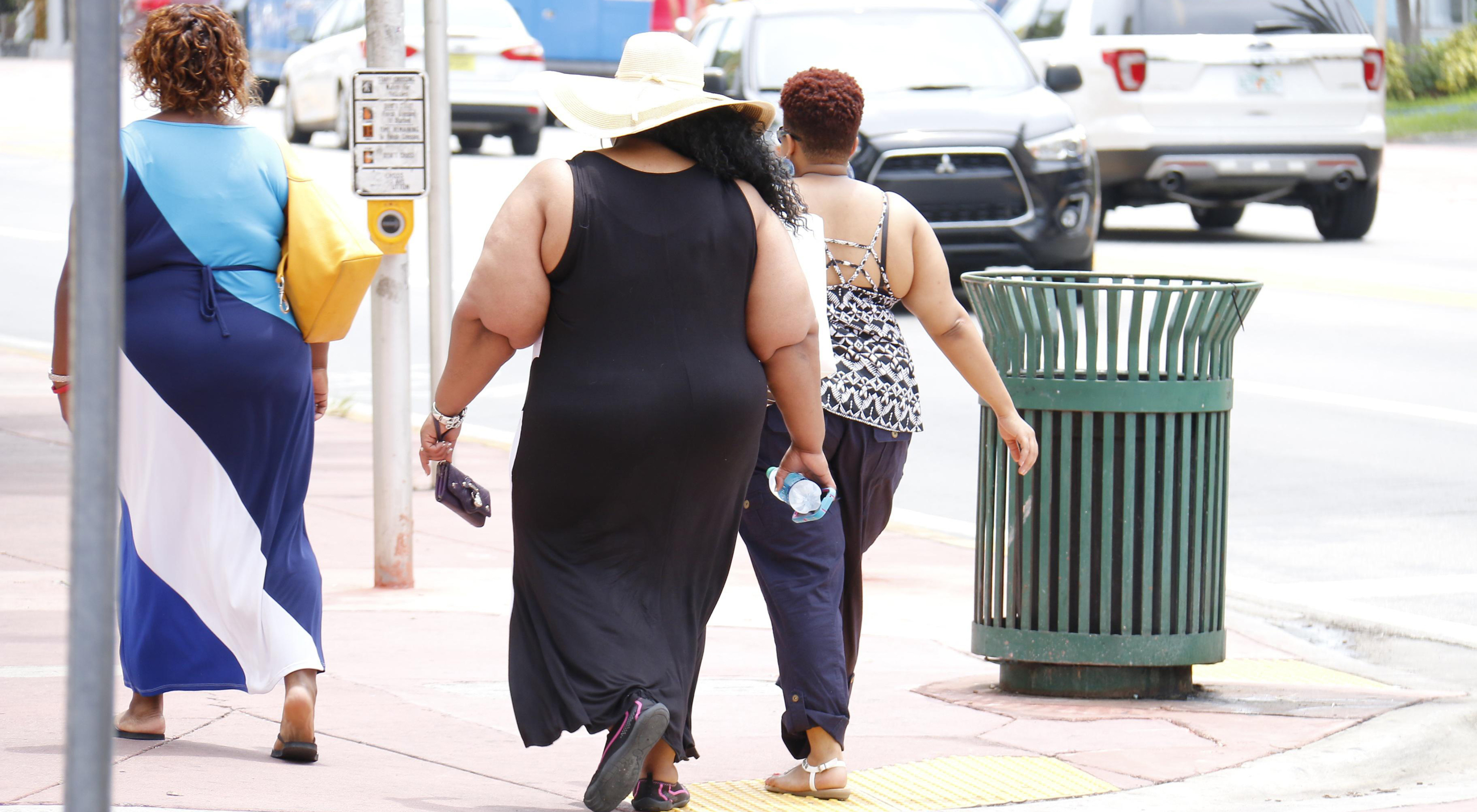 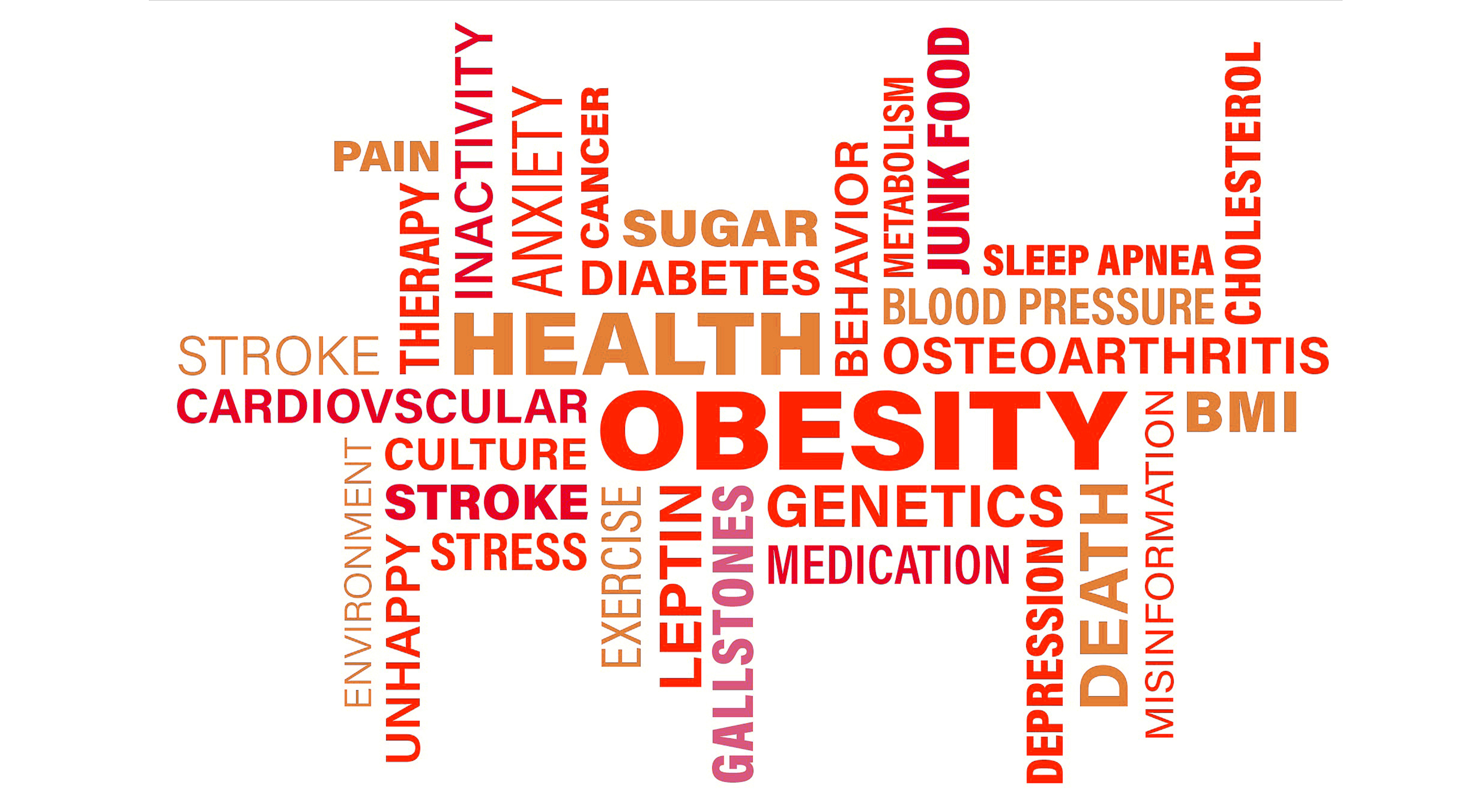 Obesity can have many causes, from a genetic defect to sleep hygiene.

Some people have a genetic defect that turns off the feeling of fullness. Some others have already learned to cope with stress by eating as children. In order to become more balanced, this is the only way for the reward centre to function.

Others suffer from sleep disorders, which at the same time affect the metabolism. They feel a permanent sense of hunger even when the body has no need for food. Some people with severe obesity react to stress by increasing insulin levels, so that the body does not break down enough fat even during physical activity.

Some obese people are overwhelmed by binge eating over which they have no control. They lose control when they eat and it is almost impossible to regain control without outside help.

It is also thought that there are people whose healthy weight is simply a BMI of 30. Although they are overweight, they have no health limitations. Obesity may be especially a social factor for them.

More than 50% of German adults suffer from overweight, 25% are even obese. Among children and adolescents, almost 15% are overweight and 6% are already morbidly overweight. The number of obese to severely obese people in particular is increasing.

Trends in obesity among adults 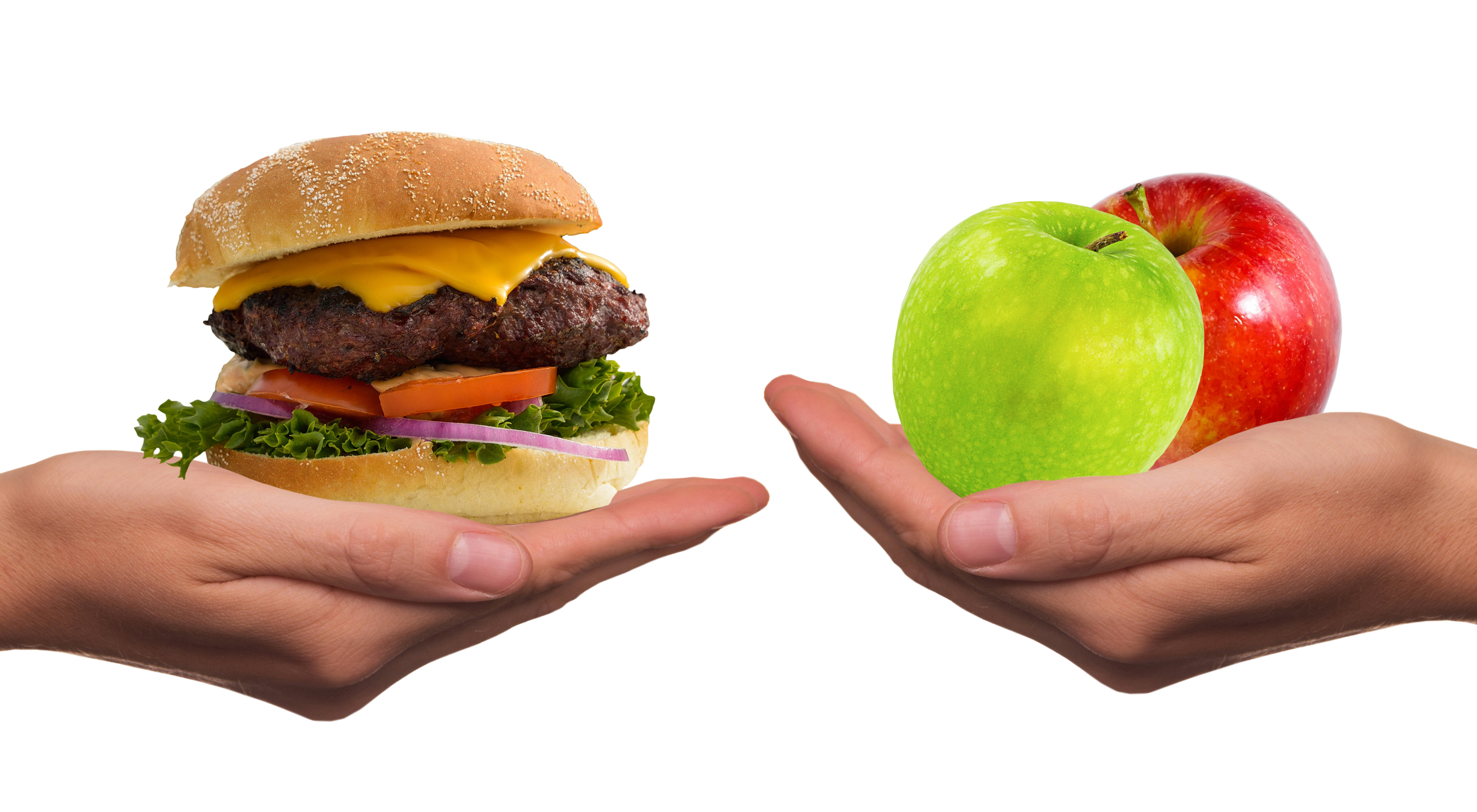 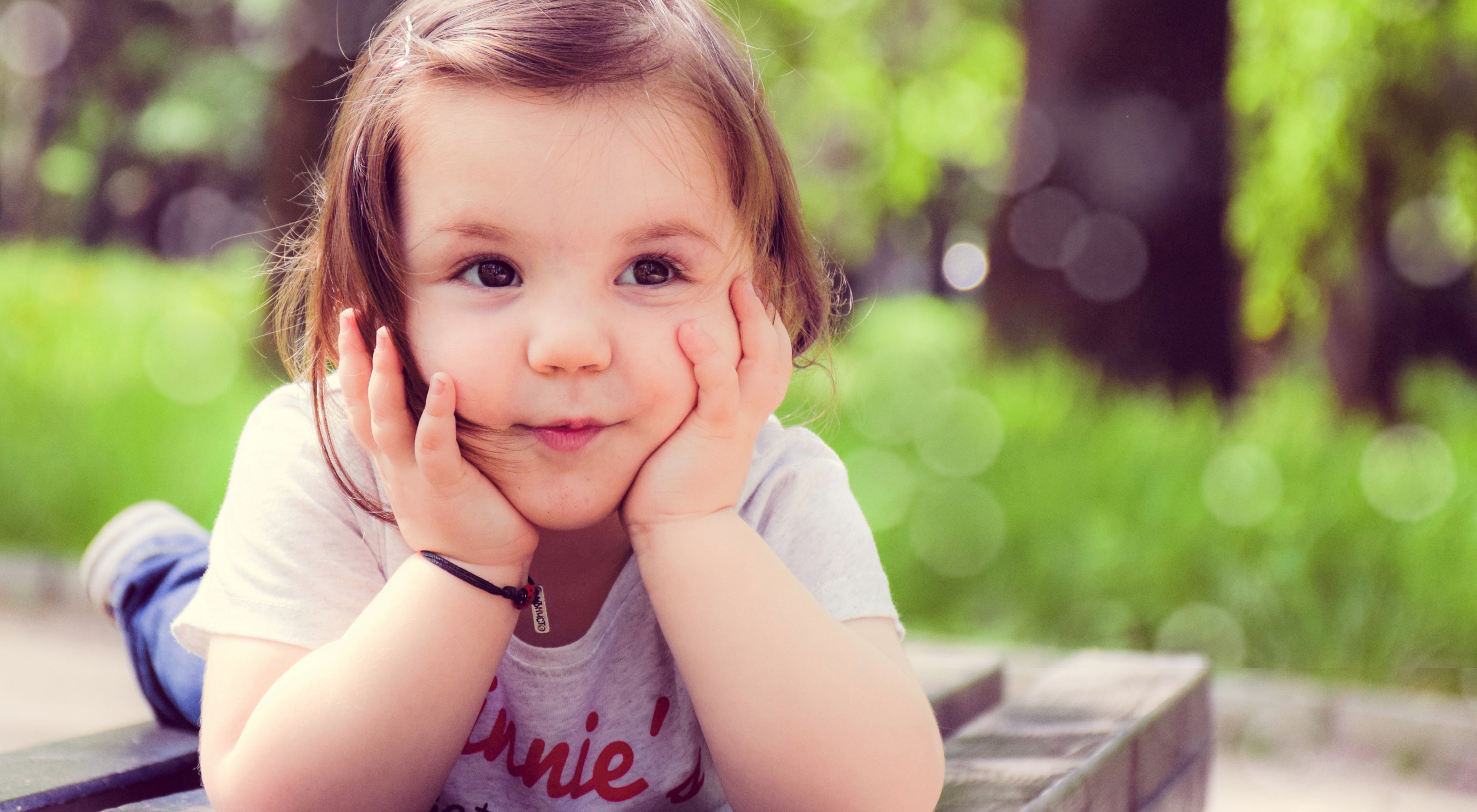 Obesity trends among adolescents and children

About 6% of children and adolescents are even considered obese. Converted to the total number, this means that 800,000 of the 1.9 million young people are severely overweight or obese. Their numbers have also doubled since 1985-1999.

The prevalence of overweight among children increases with age: 9% of 3-6 year-olds already weigh too much, but between the ages of 7 and 10 it is already 15%, and among adolescents between 14 and 17 as much as 17%.

If children and adolescents come from socially underprivileged families, the risk of becoming overweight increases. In this group, children with families with a migration background, especially those from Turkey, Poland or Central and Southern Europe, are particularly at risk.

Compared to Germany, more people in the USA are obese; 2/3 of the population there suffers from overweight, 36% of adults from obesity and the same 17% of children. The French and Swiss fare slightly better, whereas about 25% of the British are obese.

The spread of obesity has long since become not an American and European phenomenon, but a global one. Researchers found that in 2008 there were about 1.5 billion overweight or obese people in the world. As recently as 1980, this figure was only half. Scientists at Tulane University in the USA predict that by 2030 there will be 3.3 billion overweight people around the world.

Top obesity countries are also Mexico, the Gulf States and Pacific Islands, but South Africa, Brazil and China are following suit. Already in some developing countries, the number of overweight women exceeds the number of underweight women. Above all, the relationship between increasing economic power and rising body weight is causing a stir. Children of underweight mothers in particular are at greater risk of developing severe obesity, i.e. the younger generations in emerging countries. 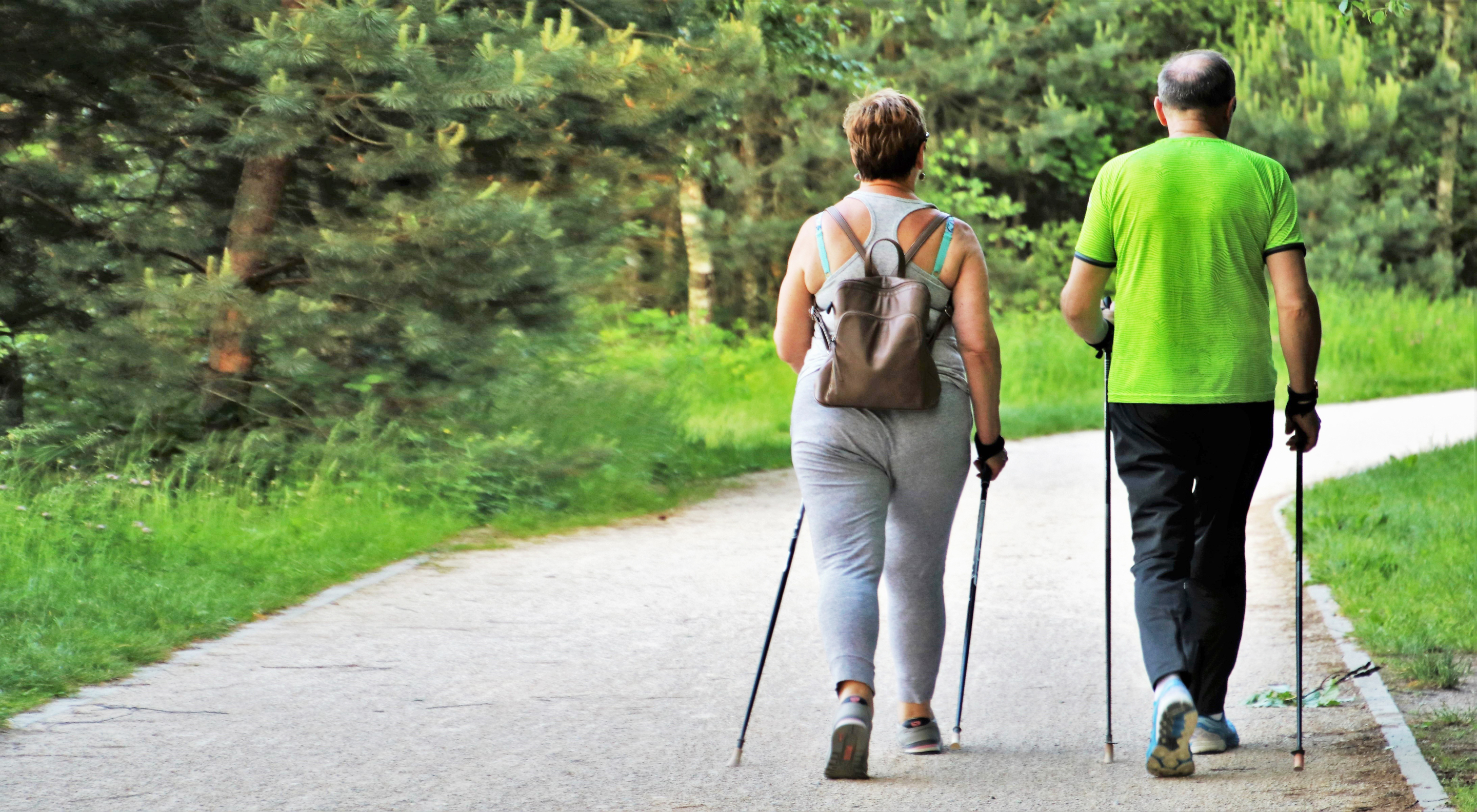 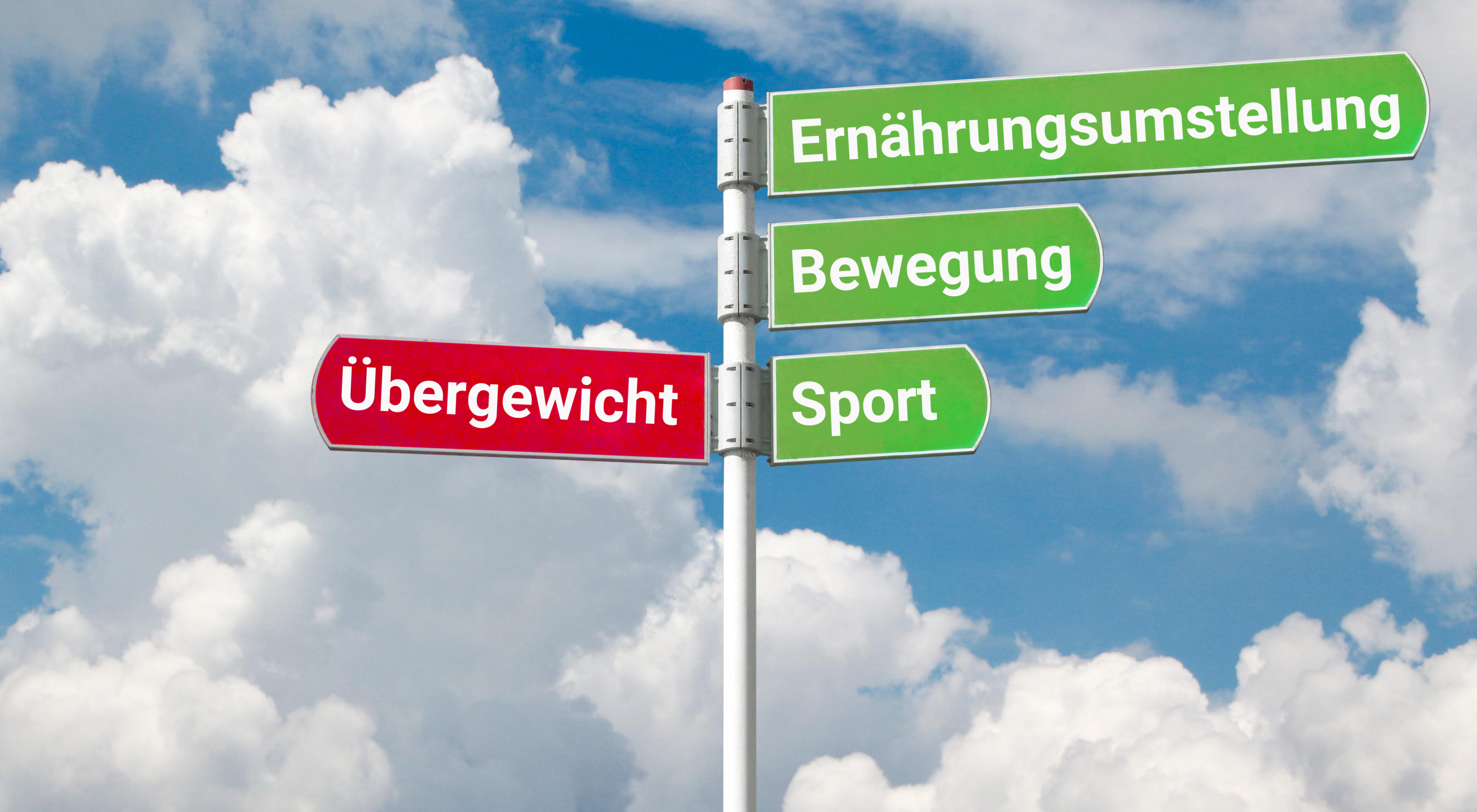 Obesity sequelae | Obesity and its consequences

As yet, there are no effective treatments - the solution to obesity still a long way off. This is particularly critical because of the diseases that result from obesity. According to the World Health Organisation (WHO), obesity is responsible for about 44% of diabetes and 40% of certain cancers, for example. Accordingly, obesity represents an enormous health and financial cost to patients and the population. The Economist calculates that obesity costs about 40% more than normal weight.

In 2003, the German Obesity Society stated concrete therapy costs: for obesity more than 85 million Euros, for the resulting diseases 11.3 billion Euros and as indirect costs, such as lost working hours, up to 1.6 billion Euros.

However, the capacities in emerging countries are mostly too low to recognise and treat secondary diseases such as vascular and heart diseases, diabetes, high blood pressure and fatty liver. The countries are divided: on the one hand, increasing prosperity is leading to a change in diet and lifestyle, which in turn is leading to obesity and its consequences; on the other hand, health care remains mostly inadequate.

Information about obesity can be found here:

We have compiled the most important information about obesity for you.

Current information, scientific discussions on a broad spectrum of obesity.

On the links below you will find target group specific independent, understandable and quality assured information.

By selecting "Accept all", you give us permission to use the following services on our website: YouTube, Vimeo. You can change the settings at any time (fingerprint icon in the bottom left corner). For further details, please see Individual configuration and our Privacy notice.