Diabetes research: therapies of the future

Scientists all over the world are working to make the treatment of diabetes easier and more effective. At the same time, they are trying to get a closer look at the cause of the disease.

While some approaches have proven to be dead ends, other findings and innovations have led to breakthroughs. It is often impossible to say in advance what will be successful and what will not. So it remains exciting - here you will find information from diabetes research.

Researchers are exploring ways to improve diabetes treatment. Professor Dr. Thomas Forst from the Institute for Clinical Research and Development in Mainz names the most important areas of research: "Three areas make up research in the field of diabetes: the search for new drugs, the development of new insulins and the path to so-called closed systems."

These include, among others, the transplantation of islet cells and the intelligent insulin pump, which independently measures blood sugar and releases the correct insulin dose accordingly. 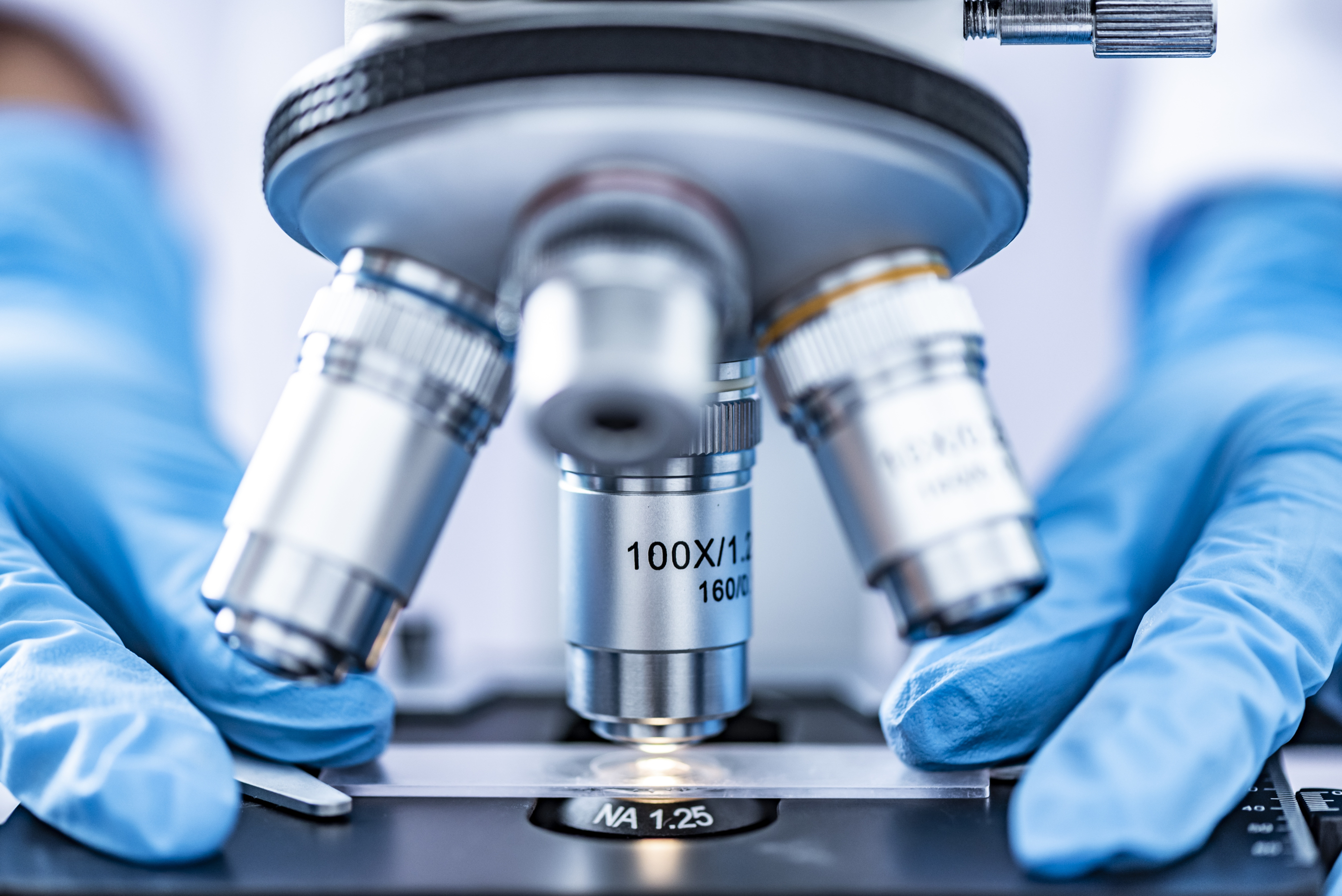 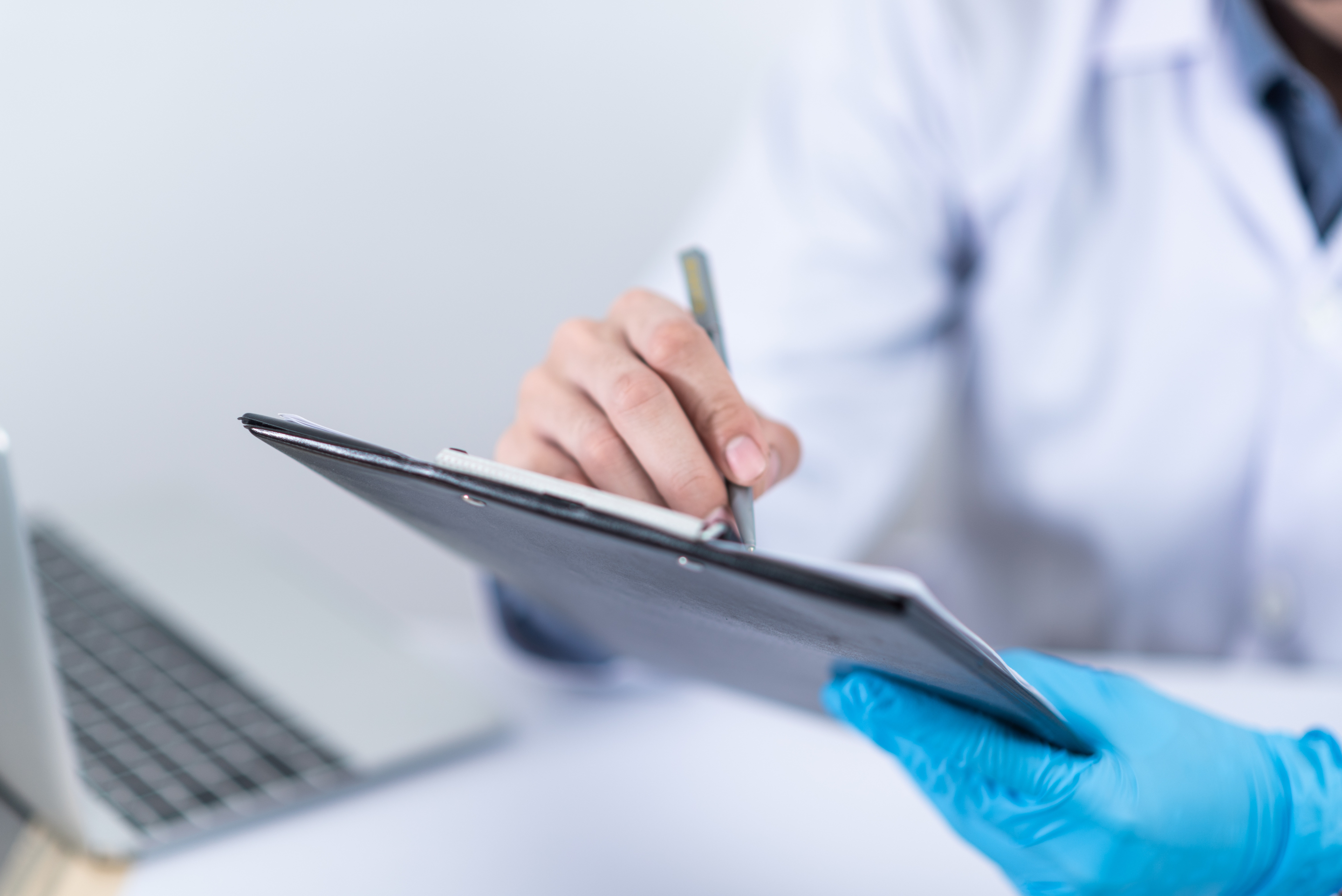 On the subject of drugs, the expert explains that the new drugs are not only supposed to have a blood sugar-lowering effect, but also to prevent hypoglycaemia and improve weight.

The so-called SGLT-2 inhibitors seem to be the solution, because they cause sugar to be excreted through the kidneys in the urine. This not only reduces blood sugar and prevents hypoglycaemia, but also supports the process of losing weight and counteracts high blood pressure.

The researcher goes on to explain that the SGLT-2 inhibitors make less glucose and thus less energy available to the body. As a result, the patient loses weight, which is desirable in more than 90% of type 2 diabetics. Since glucose binds water, the patient's fluid content is also reduced. According to Forst, this lowers blood pressure in a similar way to a corresponding medication. SGLT-2 inhibitors are estimated to be on the market in 2-3 years.

According to Forst, substances that act on the hormone cortisol in the body and can thus improve diabetes-related insulin resistance will take longer to reach the market. So-called glucosinase activators are also very popular with some researchers.

The expert explains their effect as follows: "The body's own enzyme glucokinase is found in the insulin-producing beta cells of the pancreas and in the liver, among other places. Glucokinase activators promote the release of insulin from the beta cells. At the same time, they inhibit the release of glucose from glucose stores in the liver."

The focus is also on drugs that combat atherosclerosis, which often occurs in conjunction with diabetes. Fort describes that these substances do not have the direct task of reducing blood sugar, but are rather intended to reduce classic side effects of diabetes.

Insulin delivery according to need

The second research area is dedicated to new insulins for the two most common forms of diabetes. According to Forst, smart insulins are of particular interest. They are linked to proteins and therefore initially remain in the tissue after injection. If the glucose content in the blood and in the tissue increases, the sugar partially detaches the insulin from the protein.

This allows insulin to enter the bloodstream and lower blood sugar. As soon as the glucose level returns to normal, the release of insulin from the protein bond stops. The process has already been successful in experiments with animals, and the first tests with humans will follow. 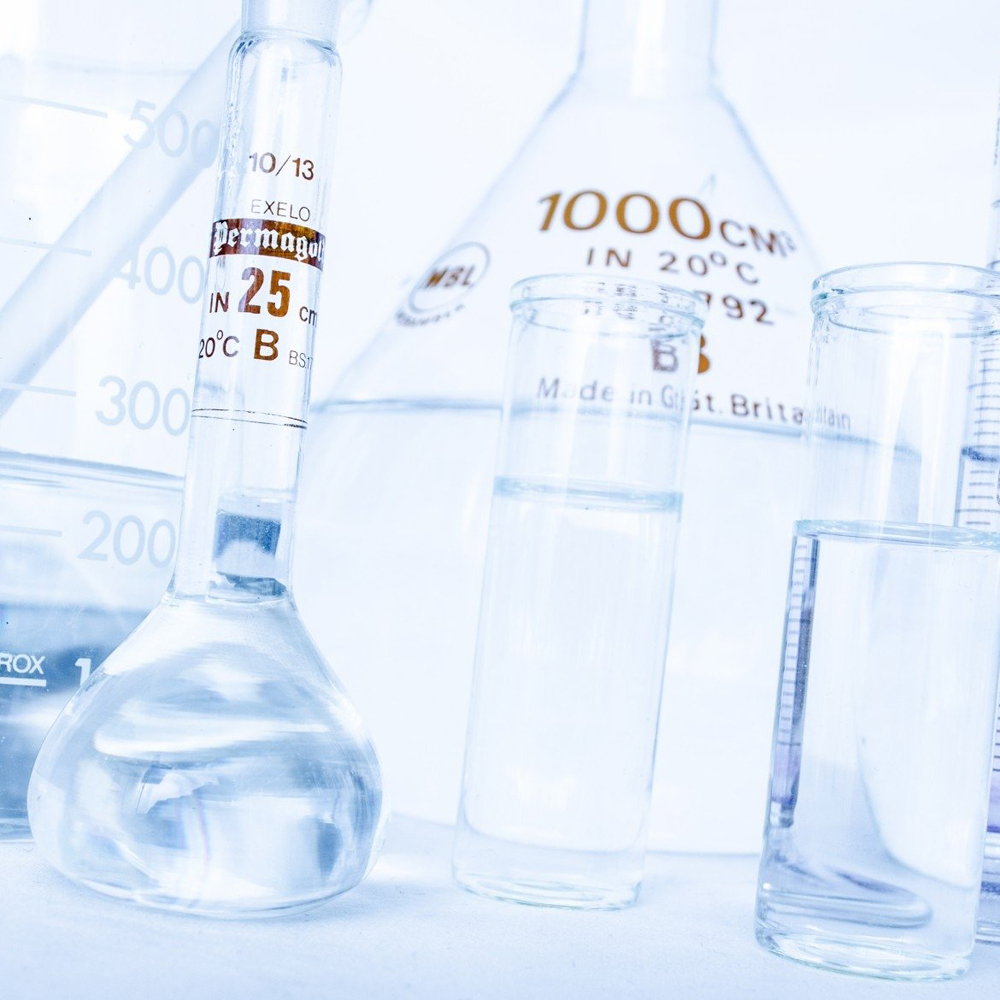 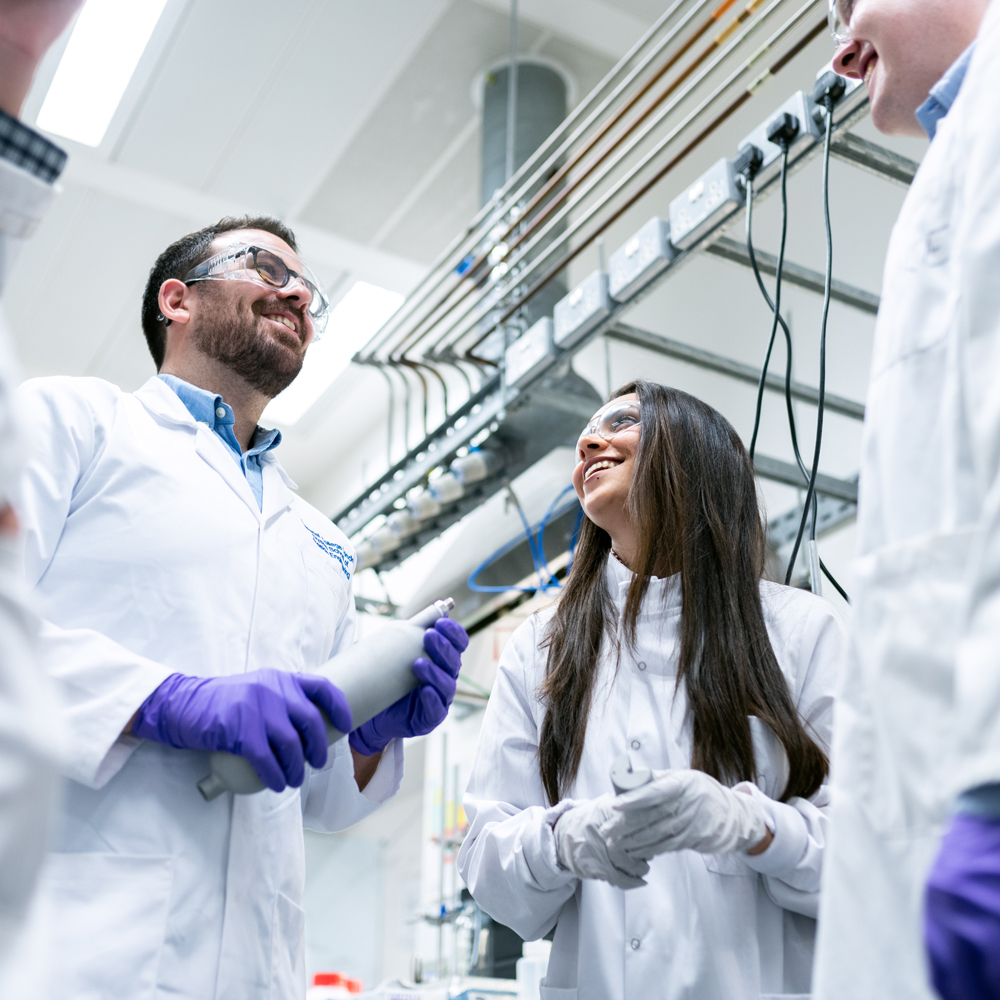 The third field of research deals with closed systems, such as islet cell transplantation. The expert explains that in this special process, attempts are made to enclose islet cells in such a way that the body would no longer reject them. Additional immunosuppressants are thus unnecessary. They do suppress rejection, but they do bring with them some side effects.

Furthermore, the intelligent insulin pump could significantly simplify everyday life for diabetics. Its function would be to measure the blood sugar independently and to adjust and inject the insulin dose accordingly. However, Forst declares that this "system" is more complicated than it seems. That is why it is a dream of the future for patients for the time being. 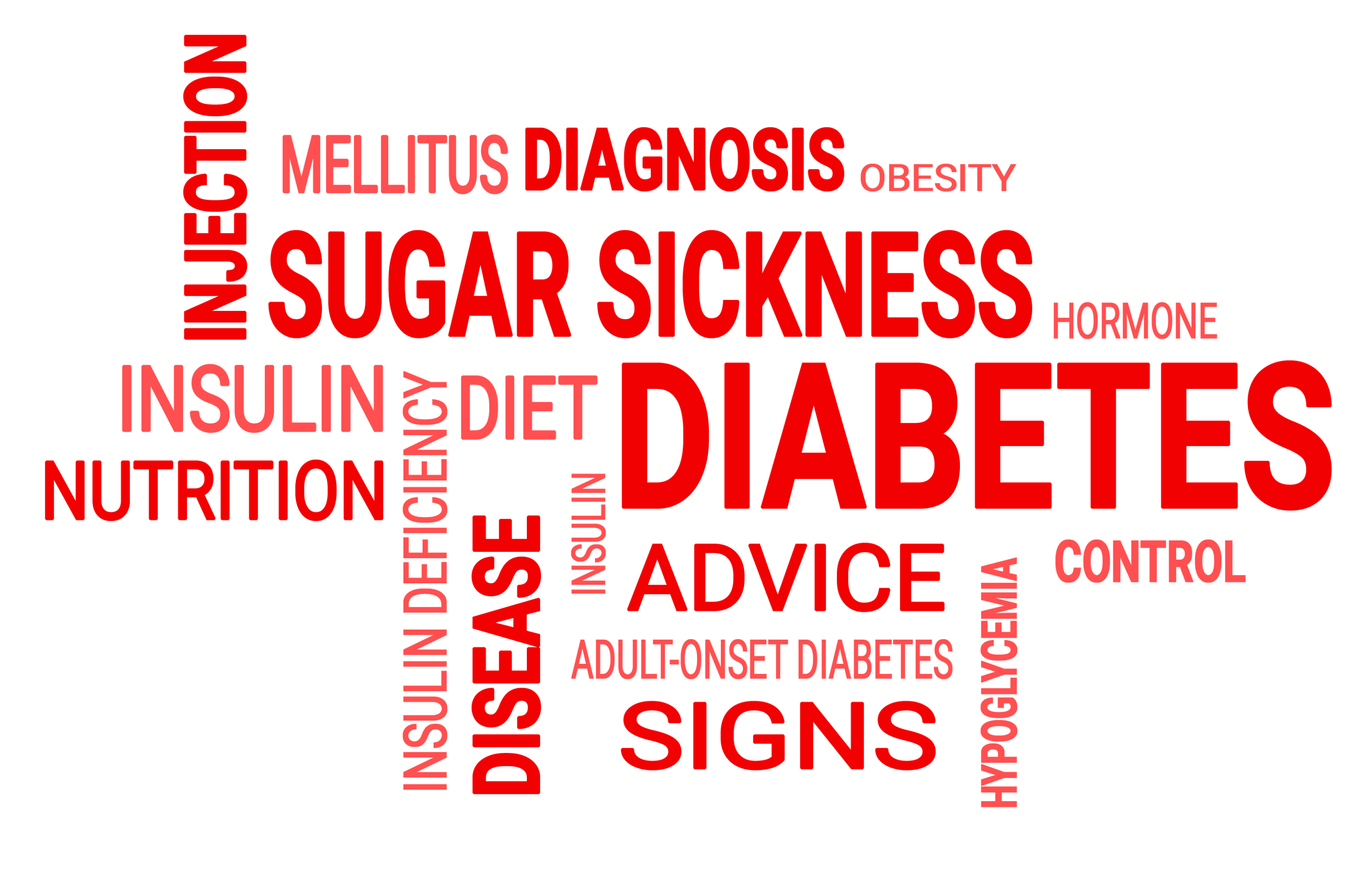 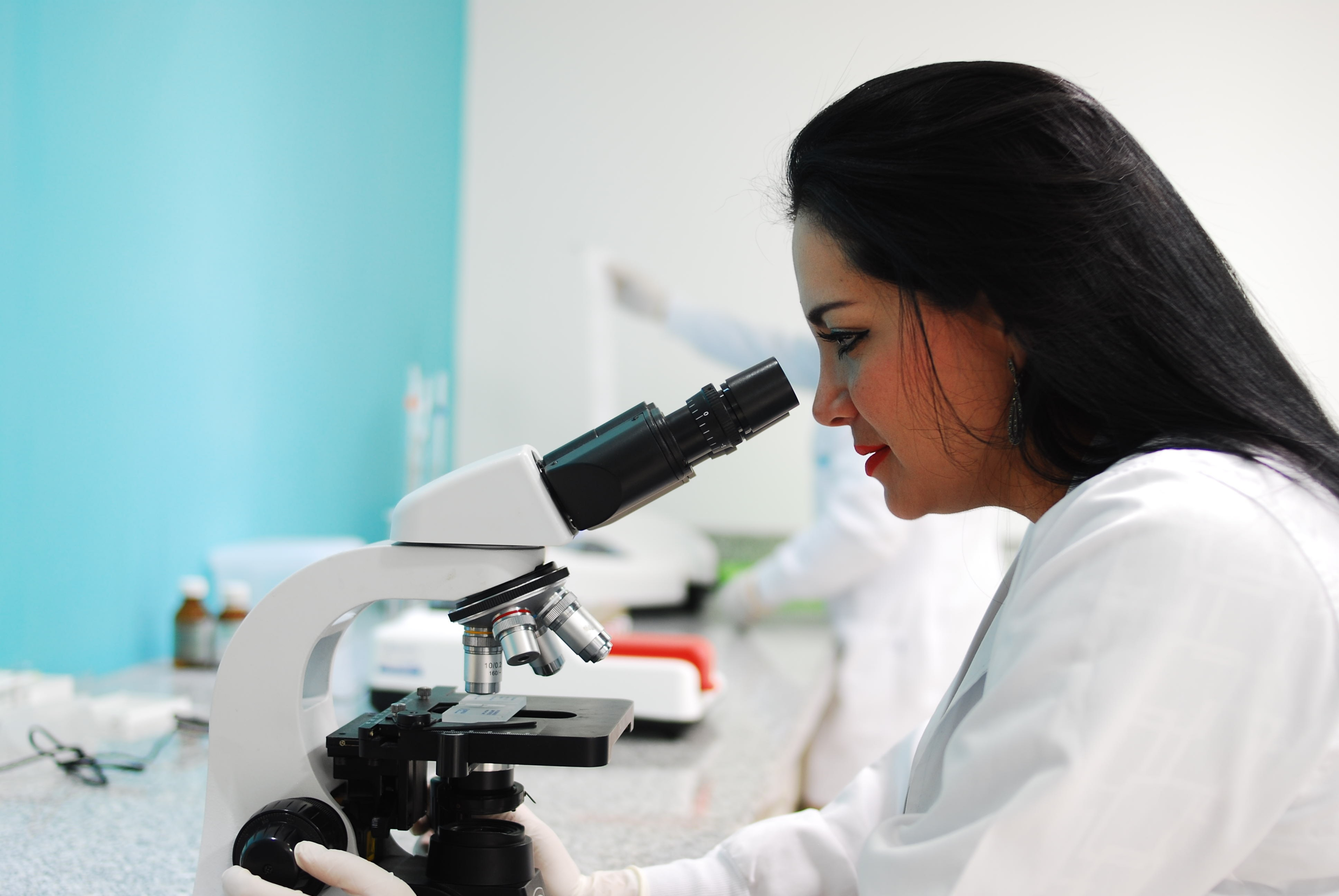 The German Center for Diabetes Research

Basic research for a better understanding of diabetes

In order to create individual strategies and treat diabetes, detailed knowledge of genetics and metabolic pathways at the cell and organism level is necessary. With the help of more than 30 diabetes mouse models, the scientists are investigating the pathological changes in certain tissues and organs that contribute to the development of the disease.

Other systems biology findings can provide information on how external and internal aspects influence the development of diabetes. In addition, epigenetic elements are used to investigate the extent to which environmental factors affect genetic aspects. 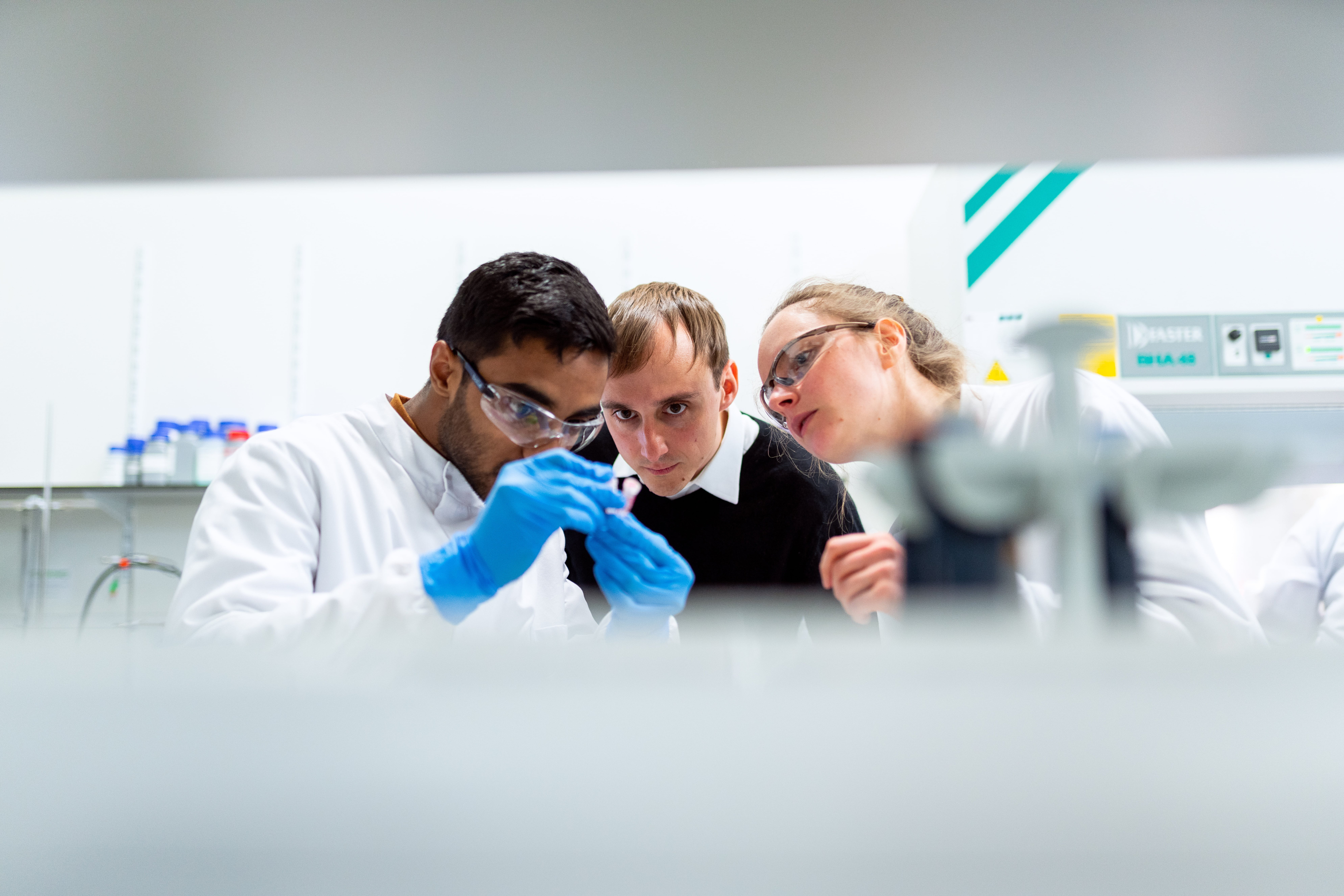 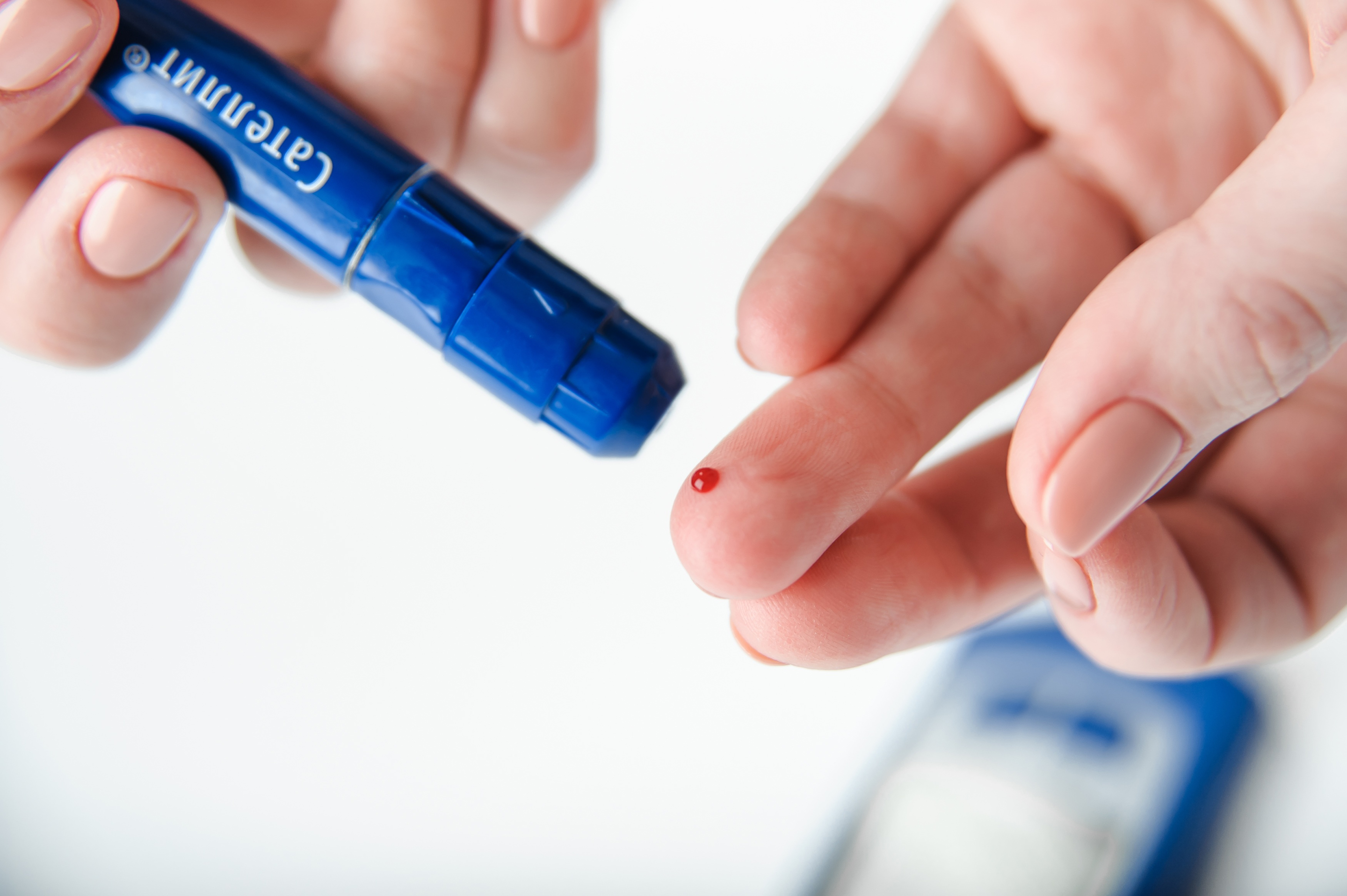 Of particular interest is the creation of treatments to preserve or reconstruct the beta cells of the pancreas. These cells produce insulin and secrete it when blood glucose levels rise.

New knowledge about the process of insulin secretion and the discovery of substances that improve the regulation of beta cells have the potential to be the basis for new medicines.

In the case of irreparable destruction of the beta cells, only a pancreas or islet cell transplantation can help to restore the body's own insulin production. At the Paul Langerhans Institute in Dresden alone, such interventions are practised. The DZD scientists maintain close cooperation with their colleagues there so that islet cell transplantation is constantly improved.

Stem cell therapy may be an alternative solution. The DZD researchers are the national leaders in this area and are using them to study the way beta cells function to form, with the aim of finding new approaches to drugs and achieving a breakthrough for synthetic beta cells. 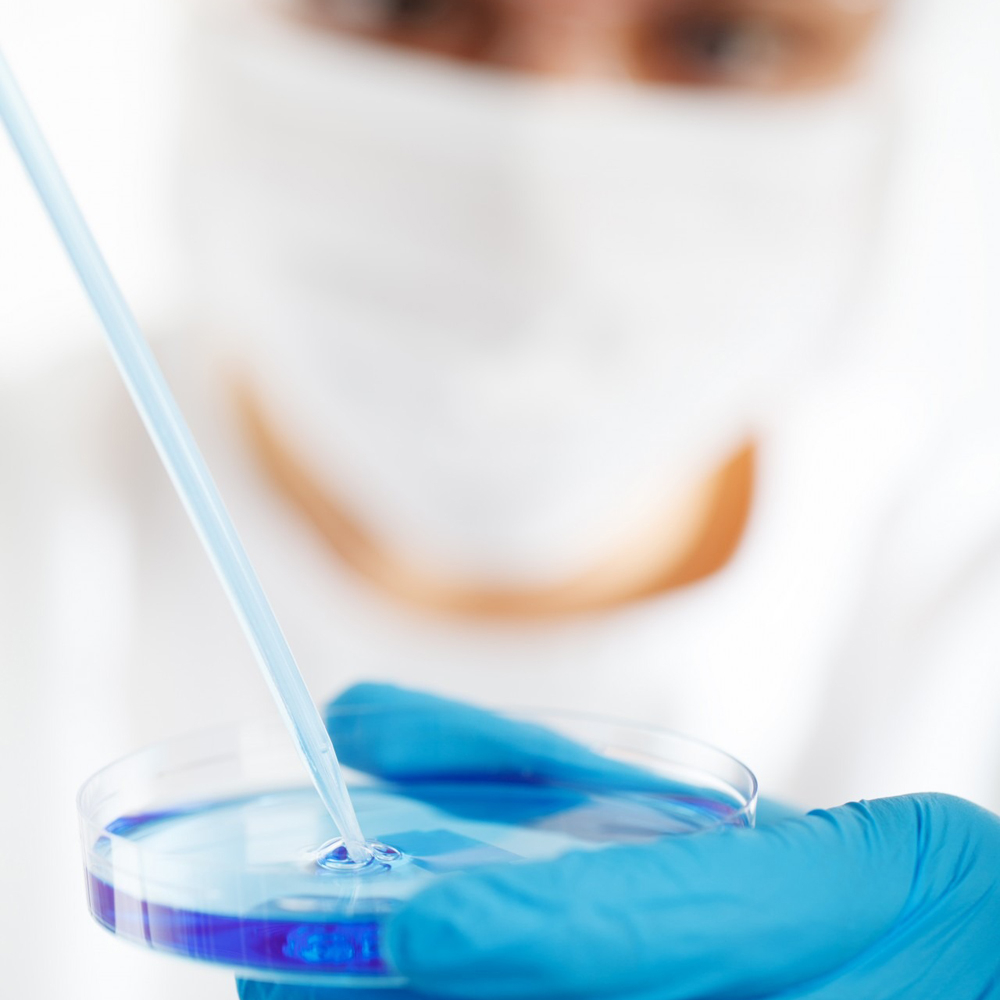 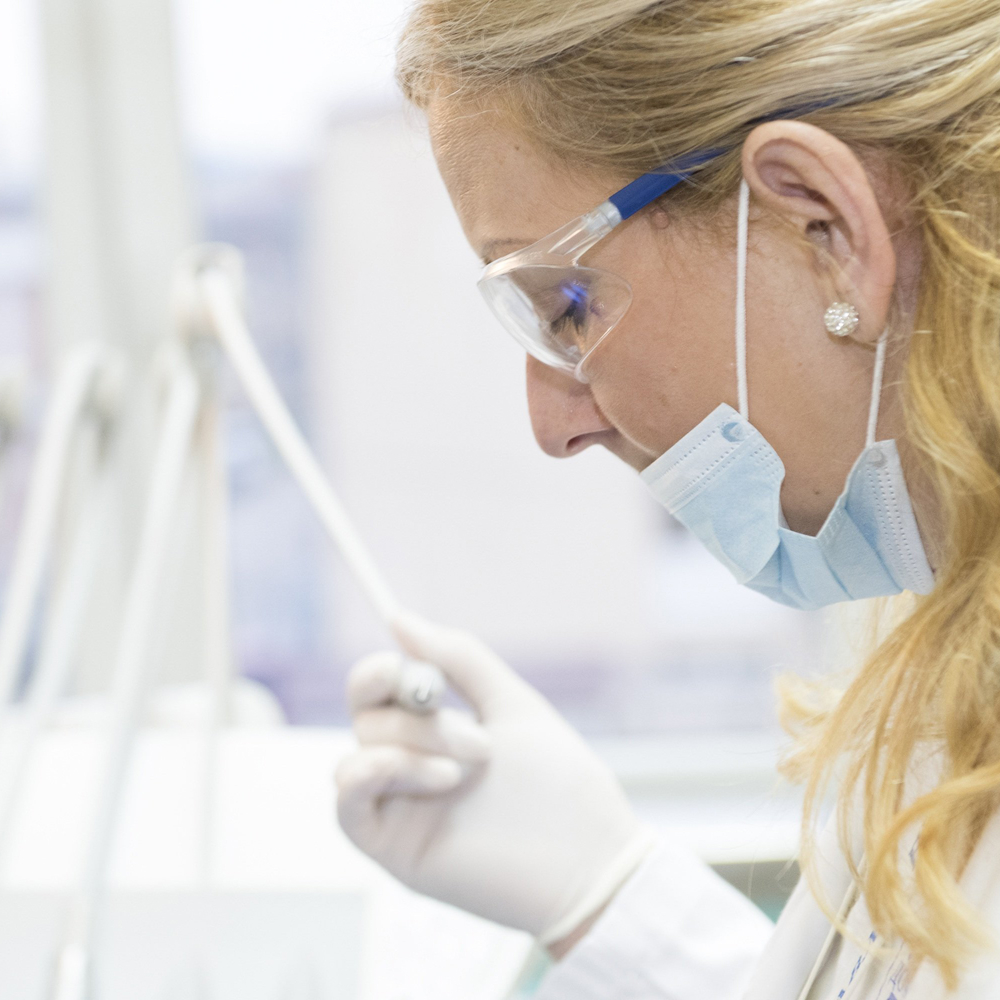 In order for diabetes therapy to be effective and substantial, addressing not only individual development but also progression, new strategies need to be developed. Through the findings and linking of basic and clinical research, the exploration, validation and improvement of new approaches and active substances is progressing.

Insulin-producing tissue is printed on a 3D bio-printer in Heidelberg. This is a major advance in medicine and offers hope to many people with diabetes. More information about this record-breaking development can be found on the website of the Federal Ministry of Education and Research.

You can also get the latest information about diabetes research here: